We are people from various walks of life who joined the protests outside parliament in support of continued EU Membership, following the 2016 referendum in the UK.

Inspired by the actions of Steve Bray, who started the protest and was there every day that Parliament was sitting, these are the stories of those of us who joined him, supported him and helped to keep the protest alive, visible and vibrant.

The protestors met in the officially designated protest space in Palace Yard opposite the House of Lords and were a colourful reminder to the UK Parliament that Brexit was not the will of all the people.

This website is a repository and archive of the protestors’ stories. We hope it will serve not only as a reminder, but also as an inspiration for future acts of protest.

Ultimately, we hope to expand the project to a book /museum exhibition / film.

Now, more than ever, it is essential to celebrate the right to peaceful protest. We may not have won our cause, but the fact that the government is attempting to prevent a protest like ours from ever happening again is testament to how effective it was. 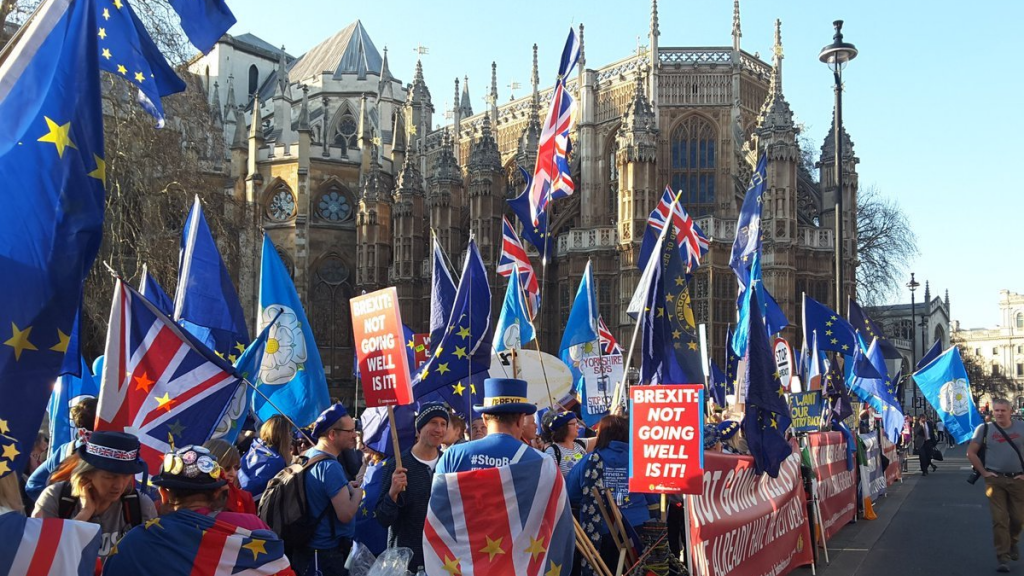 PHOTO CREDITS: Chris Hatcher, with further contributions from Chris Ongsiek and other protestors.

We are unpaid volunteers...

All donations to help us to maintain this archive, no matter how small, will be gratefully accepted. Please click on the 'DONATE' button below.